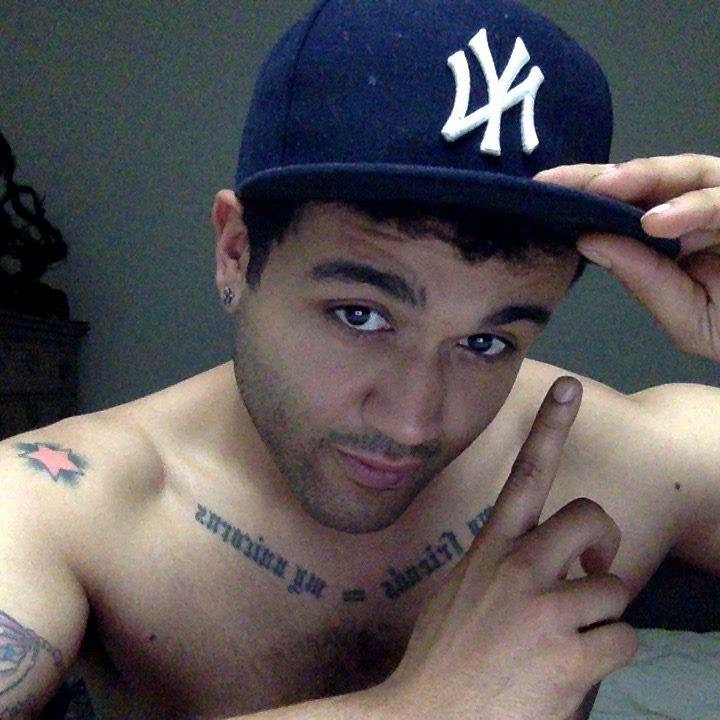 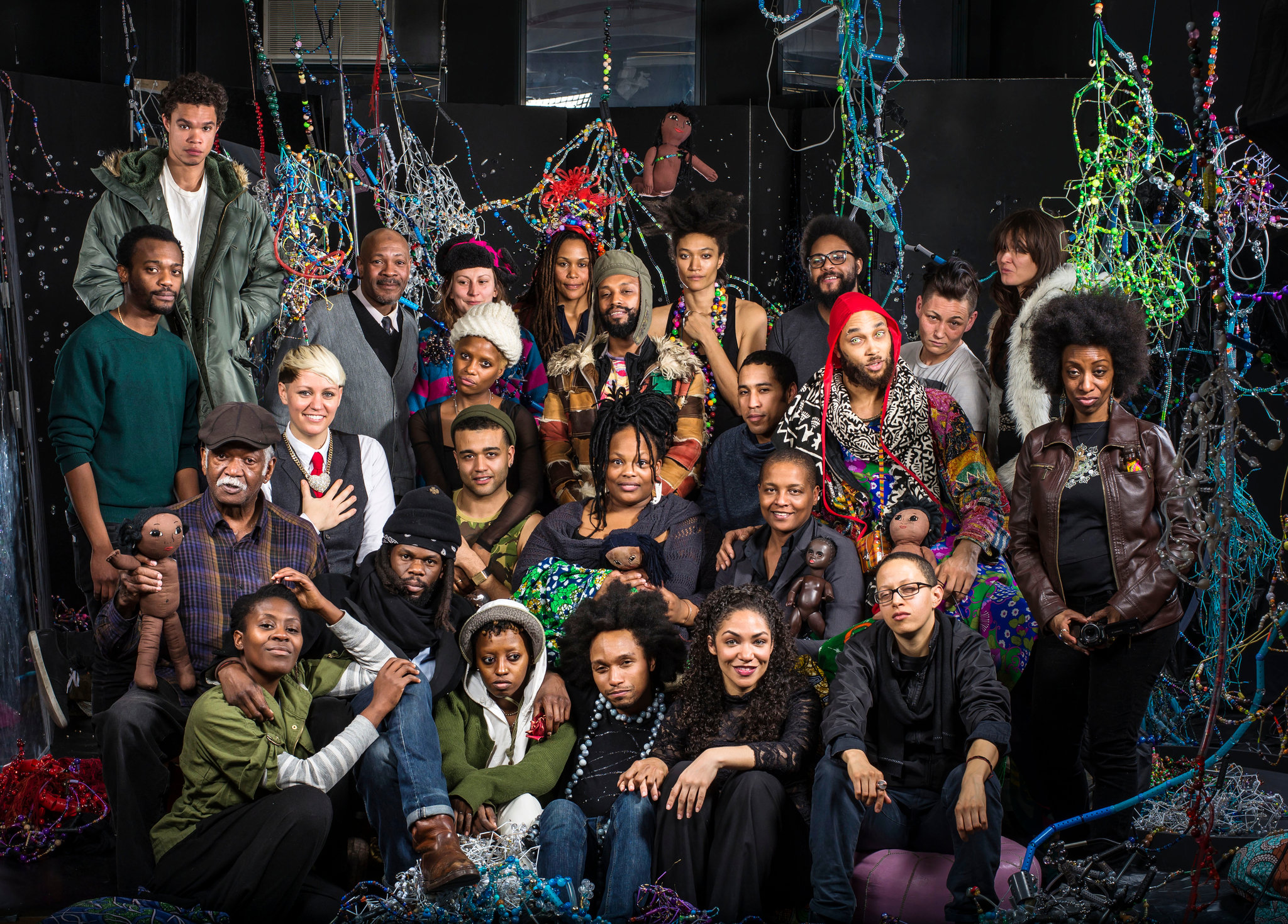 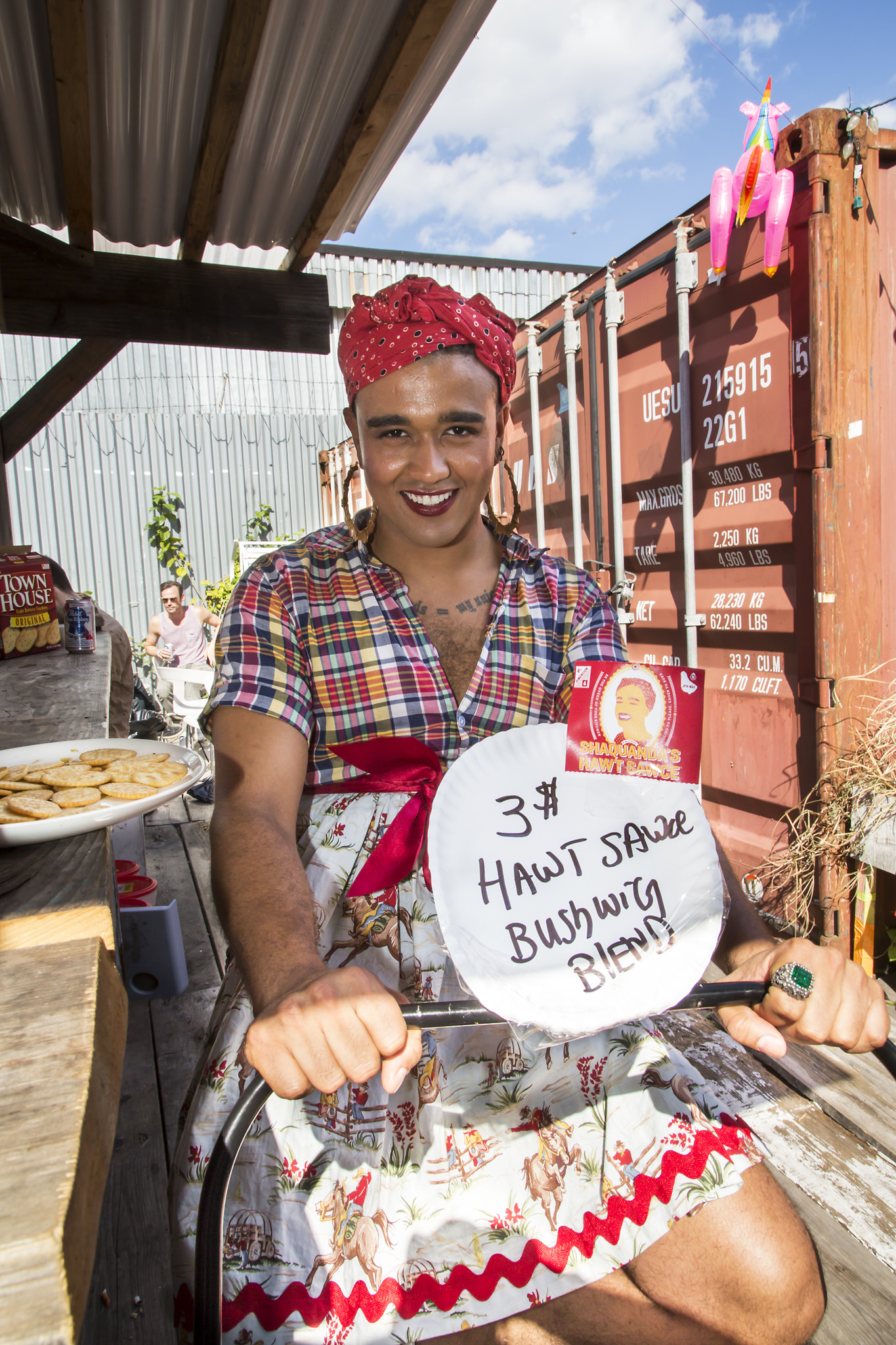 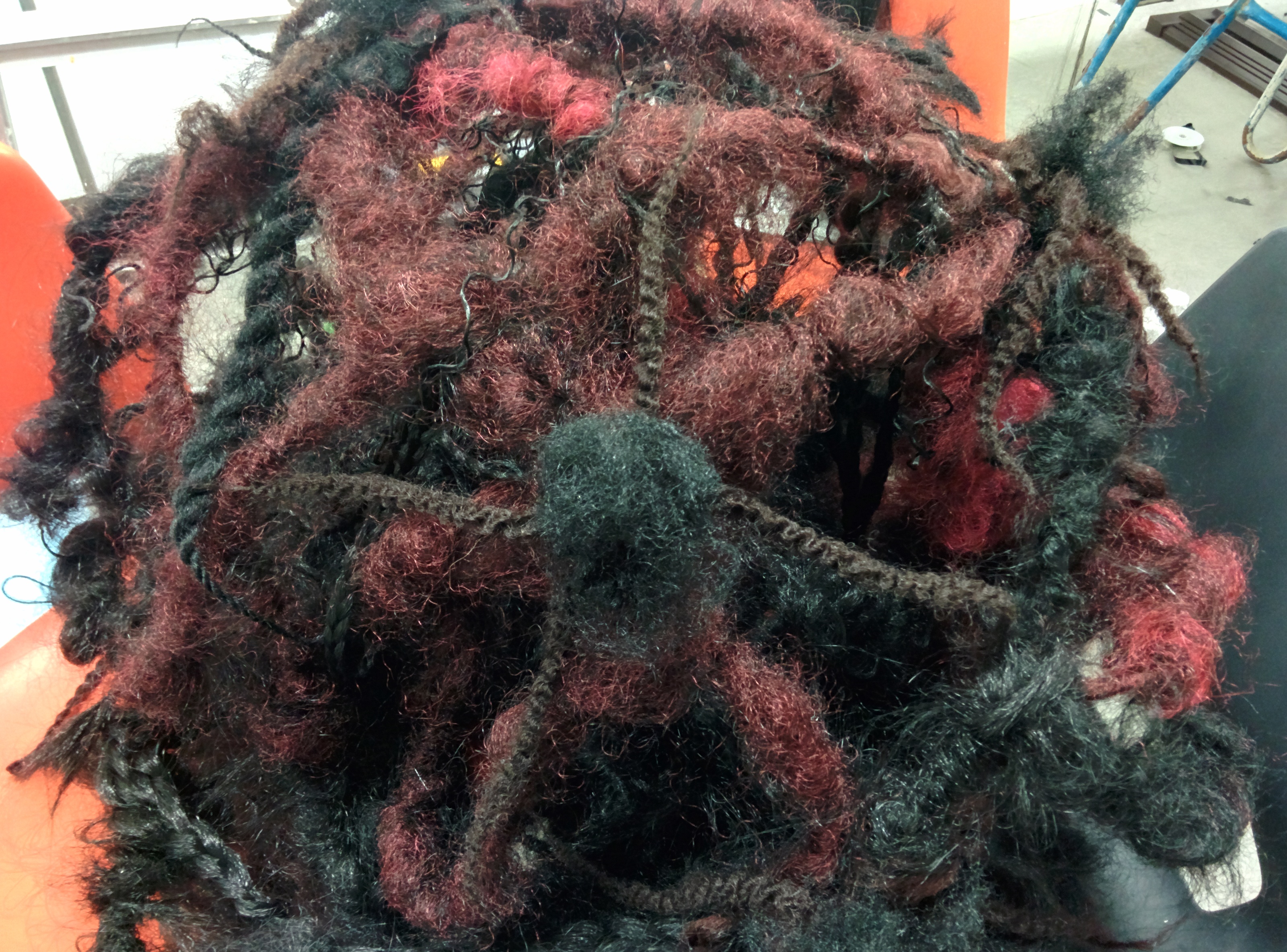 I was born in Bed-Stuy, Brooklyn in 1982, where I have spent most of my life. I began performing in the streets and bars of NYC at the age of 20. Much of it being the creation of my drag alter ego, Shaquanda Coca Mulatta. The body of my work has been in performance, sculpture, and film. Much of the conversation is reflected by where I grew up, New York City, more specifically Bedford-Stuyvesant. Repetition, and the theories brought from the fourth dimension and fractals, are a reoccurring theme in my visual work. I am also a collective member in the group The Dazzle Dancers, and HOWDOYOUSAYYAMINAFRICAN?

As a Dazzle Dancer, we were camp, nude, glittered and spontaneous. I used the stages of NYC nightclubs and the streets of NY as an alternative space to perform. Working with collectives is a reoccurring theme that I believe is a necessity for artists to continue creating and with the economic stress of NYC, we band together as a micro economy in order to produce Art. Showings at spaces included Deitch Project, The Art Parade, PS 1, and the Museum of Sex. 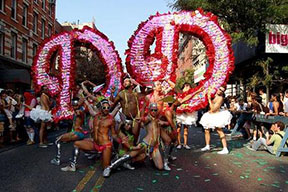 HOWDOYOUSAYYAMINAFRICAN? collective of artists, writers, composers, academics, filmmakers and performers from around the world who collaborate across disciplines and cities. The lens is mostly queer and mostly female. My involvement began with the making of our film for the Whitney biennale, "Good Stock on the dimensional floor, An Opera." Theory, "story telling", installation, performance, and choreography were some of the many roles I had in this endeavor. The art is produced by the passing of ideas back and forth to one another to create an abstracted piece of work that speaks in plural from a singular collective in performance, music, and digital collage.

These paintings are a series of work that I started producing this year and is a continued dialogue or conversation with Piet Mondrian. This series of work is entitled: Life grids, which employs probability and chance and lends itself to think outside of the lines. In a time where sexuality, gender, politics, theory of time, and race are not as specific as humanity once thought.

Hyper tumbleweave is a site-specific multimedia work that involves memory and myth. Memory, or attachment to memories, and the falsification of them. The digital library of tumble weaves on Instagram is a source of information for where i gather information to find sound recordings from youtube. I search youtube with the adjectives or hashtags used to describe the tumble weave, and rip the audio from the video. I then digitally manipulate the sound by making a call from myself from the laptop to cellphone with the found audio, the feed back is then looped into the audio. Once again feeding another form of repetition into my work. The tumble weave itself confronts its myth, and is retold digitally, and lives digitally on youtube.

Shaquanda confronts gender lines, racial stereotypes, through erratic spontaneous performances, and he/she exists currently in the form of a hot sauce, circa 2013, performance by taste which is a Warholian investigation and delicious food product. This alter ego started as a club kid and drag queen, and was initially a source of income, but soon after became an investigation of perceptions of black gender identity in the gay night scene of nyc.

PS1, The Museum of Sex, Dietch Project, The Art Parade